169,000 jobs in the EU offshore wind energy sector are expected to be created by 2020, going up to 300,000 by 2030, according to the EWEA report. European companies are currently global leaders, with over 99% of the world's installed offshore capacity in European waters.

However, the new report warns that if the offshore wind energy sector's potential is to be fulfilled in Europe, it is imperative that sufficient levels of financing are brought in by investors. Also crucial are the financing and building of offshore power grids in the northern and Baltic seas, which would enable huge amounts of electricity to be transported to consumers.

For the industry itself, there is a risk of a high-voltage subsea cable shortage in the next few years which has to be addressed urgently, says the report, as well as a possible shortage of trained workers.

"The offshore wind energy sector can replicate the success of the onshore wind technology development, which is now a mainstream source of power competitive with new coal and gas plants, and a major European industry", said Zervos. "However, to ensure this happens, EU-decision-makers need to set ambitious renewable energy targets beyond 2020, invest more in research and develop offshore grid".

The report, 'Wind in our Sails', was released at EWEA OFFSHORE 2011, which is being held in Amsterdam until 1 December. More information: www.ewea.org/offshore2011 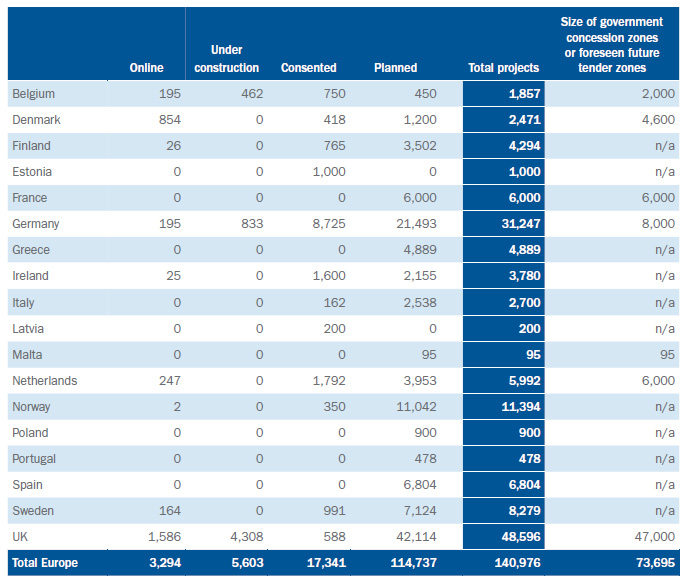